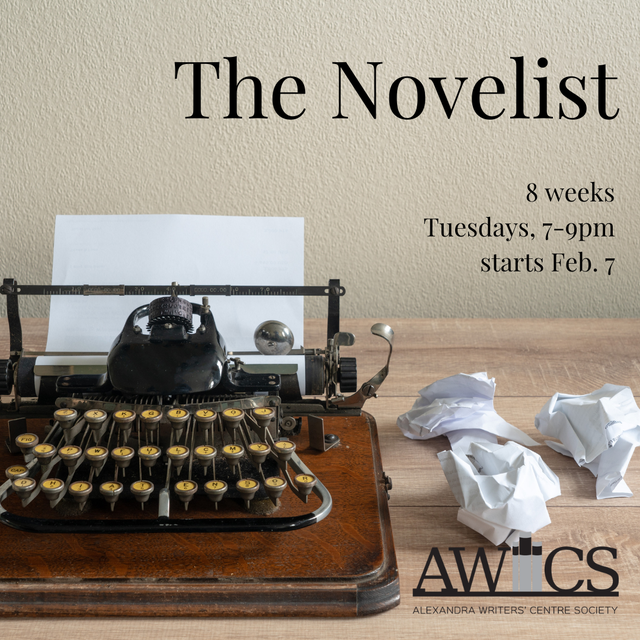 IN PERSON The Novelist

Have you thought about writing a novel but haven’t actually started? Have you racked up a bunch of false starts, hit a roadblock and don’t know which direction to go? Then this class is for you. Come and dip your toes into the messy world of becoming a novelist. From the fits and starts, the first word to the first chapter, to keeping the momentum going, you’ll learn strategies for overcoming roadblocks and delve into craft-based approaches to plotting and structure, character development, scene construction and pacing, and a whole lot more. Be prepared to write, share, and discuss. There will be no workshopping in this class.

This class take place in person at the Alexandra Writers’ Centre in Calgary.

﻿Robin van Eck writes fiction - literary, contemporary, horror, weird and offbeat - and creative nonfiction. Most recently, her work has appeared in WonderShift - 40th Anniversary Anthology of the Alexandra Writers Centre, Forbidden Fruit from The Seventh Terrace and Very Much Alive, stories of resilience from The Selkie UK. Her work has also appeared in LampLight Magazine, Woven Tales Press, Waiting Anthology (UofA Press, 2018), FreeFall Magazine, Freshwater Pearls Anthology (Recliner Books, 2011), Prairie Journal, Crack the Spine, Maudlin House, Minerva Rising, Alberta Views and various other online and print publications both in Canada and internationally. Her first novel, Rough, was released in November 2020, with Stonehouse Publishing and she is into the third draft of her second novel. Robin lives in Calgary with her daughter and acts as the emotional support human for her very anxious dog.