Welcome to our wandering story. Take a literary stroll through cSpace and find six (6) QR codes.
Find them all to reveal the full story by local writer, poet and musician, Laurie Anne Fuhr.

The story will take you through all floors of cSpace. Don't forget to check out other art along the way.
How to Make a Ghost Disappear
by Laurie Anne Fuhr
Part 1 of 6 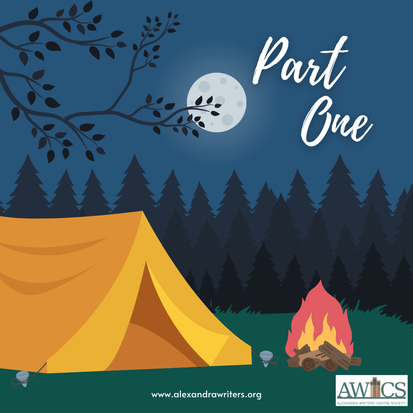 Fire licked the air above the pit like a litter of hungry tongues. Mother Earth supplies the wood; Mother Air must feed the flames. Daniel’s own mother was far away, but had the patience to show him how to take care of himself before he left home. This is how you use the washer. This is how you cook an egg.

He was grateful, but out here, he didn’t need to put those skills to use. No laundry, no cooking, no deodorant. You have one layered change of clothes, clean undies optional. A pokey-stick and a pack of tube steaks, and you’re fed. You smell how nature intended. You poot without penalty. It was his dad who had taught him how to camp.

Daniel could hear his voice on their last trip together:

“Forget what you seen on TV about ‘glamping’. We do it right. We always done it right.”

“Sure, dad.” Daniel handed him the ketchup, a red plastic camp container with the gummy white pop top and pebbly surface. The label said How, short for Howard, his dad’s name. Everyone tried to call him Howie but he wouldn’t have it.

“Add any complication and you ruin it,” said How. “Get a bigger tent; next thing you know, you’re bringing more stuff because you have somewhere to put it. It looks empty so you get a big mattress. Now, you have to blow it up somehow, and you forgot the pump. And then you’ve probably got some little woman in there, interior decorating when she should be skinny dipping. Or staying the hell home and letting the boys have their weekend. Mustard?”

​​Both mustard and ketchup bottles bore white scuffs and scrapes, battle scars from years of roughing it. Good soldiers. Soldiers both named How.

“If you can’t get away when you go camping, where the hell can you go? Underground, that’s where. Don’t let anyone take good, simple camping away from you; they might as well just kill you. You got a percolator, you got easy coffee all day. Roughing it puts hair on the chest. You hear what I’m saying? Now what was I looking for...”

Sometimes his father sounded like an East Coast Canadian. There are elements of the Saskatchewan colloquial language construction that match up with Nova Scotian brogue so well, you’d think both provinces were connected in Pangea long ago. The countries had been all mixed up together like the condiments on How’s hot dog. Maybe the provinces, too.

A raven screamed like an indignant, incoherent crack addict in a downtown alley. Good thing he came here to get away from the city. Daniel’s reverie of his dad’s camping spiel, a mashup of his common camping spiels, dropped into the dirt with a blob of relish by the honorary empty chair.

When camping, he always felt his dad’s presence stronger than anywhere. By the fire, he didn’t know how to feel like he wasn’t sitting beside him, since he had never been camping alone. 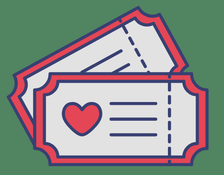