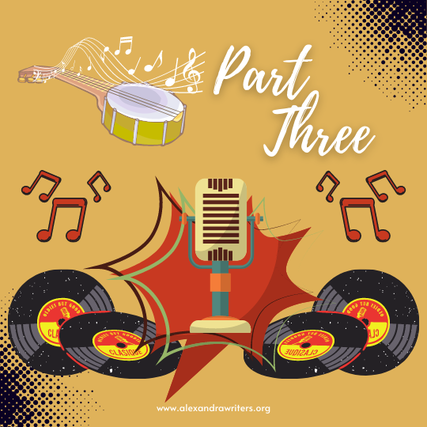 ​Outside Texas Tankards was a maze of cattle gates; you had to wait a long time to get into a low-class dive like this. Tankards was essentially a big tent, like a circus Big Top, with wild people instead of lions, tigers, and elephants. Patrons in line reminded Daniel of animals. There was the cougar in the leopard-print tank top; the white lion with the huge dreadlocked mane; the elephant with big plugs in his ears that drug his lobes halfway down his neck. Daniel never wanted to be part of any circus, but he didn’t want to be the ring master either. He’d rather be the lion, lively, untamed as these kids. Yet he felt like the sad lion, treated poorly by his keeper, caged up overnight in the train. After his dad disappeared, a pervasive melancholy feeling sank a part of him that a couple of $8 beers weren’t going to raise.

“$10 each? Wow,” said Daniel, paying for canned domestic beer. They got in finally, and the tent was awash – with puddles, body sweat, condensation from wet cans, sticky dance floor spills, and with ranker fluids he didn’t care to name.

Lilly began moving her hips to the music. Daniel instantly liked the place a little better.

“What a weird song,” she marvelled. It was Cotton Eye Joe, a song that seemed horrible before but now seemed decent compared to the so-called hot country they were likely to hear all night. There was a six-piece band on stage, with four of them on guitar (one was on pedal steel, at least). They all had white guitars and the same blonde floofy haircut, emulating a certain country star he couldn’t remember the name of.

“They all look like Kenny Chesney!” he remarked to Lilly.

She raised her eyebrows and did a mock surprise-mouth emoji impression, then giggled and shook her head. “Wait. What? Just no. That guy’s bald!”

A man with a corporate name tag in a white plastic cowboy hat stumbled into Daniel, who deflected him gently but firmly with a forearm moving at the same speed. The slow-mo bro bounced off him in the other direction, clumsy cowboy boots barely keeping up with his torso’s slow-pitch trajectory.

Lilly looked at the band, held her chin in her hand with thumb and forefinger, and affected a discerning duck face.

“Oh right! They all look like Keith Urban. That’s ridiculous!” A swig of beer made it up her nose and she laughed at herself.

“Country music is supposed to sound like it comes from the country,” he remembered his dad complaining. “All those pop production bells and whistles don’t make any sense. Why call it country music and then do that to it? It’s dishonest. Unfair to what’s their names... Hank Williams. Hank Snow. Merle Hankard. And it sounds like horseshit.”
Up next...
​(look for this image in the next photo) 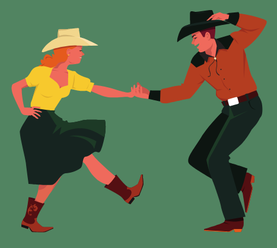