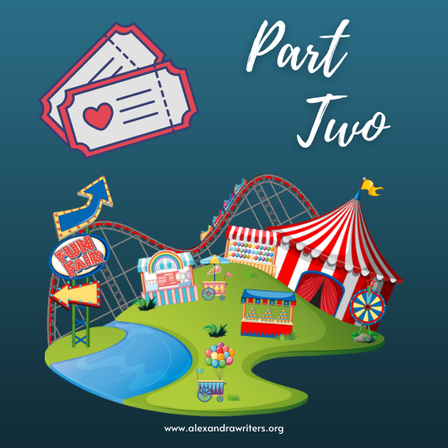 “I want to go on the Tilt-a-Whirl!” Lilly declared. She liked the classics; they’d already done the bumper cars and the fun house. Daniel didn’t mind. He wasn’t big on freaky rides that made your stomach wrench into other interior anatomical structures that it wasn’t supposed to. What was fun about that?
​
The Tilt-a-Whirl was beside the Gravitron.

“Did you know the Gravitron was named by the Gravol brand of antinauseants? It was made for an advertising campaign. If we ride that, we’ll be compelled to buy Gravol.”

Lilly looked at Daniel through big lashes, a half-smirk on the rosy Cupid’s bow of her lips. What a doll, his thought-bubble exclaimed like a comic book caption. It was a wonder a carnie didn’t give her away to some kid who won at balloon-darts.

“Aww, get out!” Lilly screeched with laughter, letting the Tilt-a-Whirl’s sudden momentum and her weight squeeze him towards the spinner’s exit. Daniel yelped and grabbed for the turning wheel in the centre. Watching Lilly, he barely noticed the ride begin.

They walked down the midway, the sun nearly down, blue and pink clouds half-darkened; the lights on all the rides came on suddenly, glowing like a rainbow Christmas. They were miniatures, walking in an animated window display. He felt a pleasant pressure as her fingertips brushed his hand. If it wasn’t for the kids running by, splashing puddles of filth and soggy wrappers on your feet, for the barking carnies tempting Daniel to spend his student loan and win Lilly a styro-stuffed chameleon (the big prize this year), and for all the drunken wannabe cowboys in pricey plaids throwing up outside Texas Tankards, it would almost be a magical place. But he was already looking forward to the quiet calm of camping solo on the weekend.

“What do you want to do next?” Daniel popped a piece of deep-fried cola in his mouth. It was an interesting flavour, but he’d never buy it again. Way too sweet.

“Let’s go to Texas Tankards!” Lilly declared, jumping up from the concrete planter and tugging at the bottoms of her cutoff shorts.

Oh no. Not there.

“Why, what’s happening there? A bunch of jackoffs trying to ride a mechanical bull?” he asked.


“Not sure… probably some local bands. Let’s go see!”
Up next...
(look for this image in the next photo) 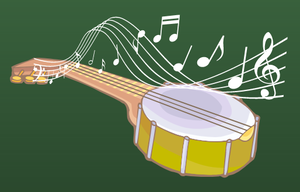